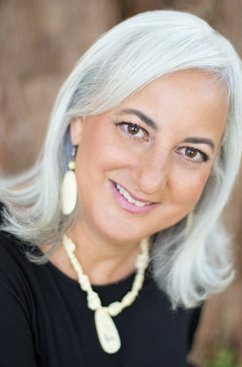 Tara Lynn Masih grew up on Long Island’s north shore, in the small harbor town of East Northport. A bicultural author, she is the daughter of Lalit K. Masih (the first prominent Indian-American watercolorist) and Sandra Kolyer (who descends from many European ethnicities).

After graduating from C.W. Post College, she moved to Boston and earned an MA in Writing and Publishing from Emerson College, where she taught freshman composition and grammar and tutored students with writing problems. She has worked as a publisher’s assistant to Pym-Randall Press; as an assistant editor to STORIES literary magazine; as an editorial assistant at Little, Brown's college division; and as a book editor at Bedford Books/St. Martin’s Press, and was a freelance book packager, copyeditor, and proofreader for such companies as Houghton Mifflin, Ballantine Books, and Harvard University Press for over 30 years.

She was a regular contributor to the Indian-American and Masala magazines, in which her essays on the topic of race and culture were often featured. She appears in A Directory of American Poets and Fiction Writers; Who’s Who in America; Who’s Who of American Women; and received the 2018 Albert Nelson Marquis Lifetime Achievement Award and the 2019 Inspirational Woman in Literature Award. She has served on the advisory board for the Robert Frost Foundation, and judged the annual Soul-Making Literary Competition’s Intercultural Essay Prize sponsored by the San Francisco branch of the National League of American Pen Women. She is also a Founding Donor to the Harry Ransom Center's Flash Fiction Collection at the University of Texas at Austin.

Much of her writing is set within the framework of nature and place, a result of the years she spent outdoors in the woods and on the shores of Long Island Sound. She LOVES history, flowers, anything vintage, the beach, the marshes, chocolate, and family time.

She now lives near the Twelve Mile Swamp in St. Augustine, Florida.

Tara Lynn Masih is a National Jewish Book Award Finalist and winner of the Julia Ward Howe Award for Young Readers for her debut novel My Real Name Is Hanna. Her anthologies include The Rose Metal Press Field Guide to Writing Flash Fiction and The Chalk Circle: Intercultural Prizewinning Essays. How We Disappear: Novella & Stories is her latest collection of long and very short stories, and she’s published multiple chapbooks with the Feral Press that are archived in universities such as Yale and NYU. She founded the Intercultural Essay Prize in 2006 and The Best Small Fictions series in 2015.

Masih received a finalist fiction grant from the Massachusetts Cultural Council, an Inspirational Woman in Literature Award from AITL Media, and several national book awards including an IBPA Benjamin Franklin Award for her role as an editor.

Disappearing and Reappearing, Interview at LitReactor, by Steph Post, Sept. 12, 2022

An Interview with Tara Lynn Masih at Necessary Fiction, by Curtis Smith, June 2018

Group interview at The Writer, May 2017, “Writing Flash Fiction That Sells”

Stringing Together a Collection, VIPs on vsf guest blog, March 5, 2010